The Benefits of Cognitive Behavioral Therapy When Treating Addiction

Cognitive Behavioral Therapy (CBT) is a form of psychological treatment that has been proven to be effective in treating a wide range of mental health problems. Numerous Research studies suggest CBT leads to significant improvements in functioning and quality of life.

CBT is a form of talk therapy that usually occurs in an individual setting with a counselor, therapist, or social worker. CBT skills can be taught in group therapy and depending upon the treatment center where services are received. . The modality focuses on changing destructive and disturbing patterns of thinking that negatively influence a person’s life.

After experiencing trauma, addiction, or other mental illnesses, the brain can begin to struggle with automatic negative thoughts that can have a constant detrimental influence on attitude, mood, and behavior. Through CBT, negative thoughts and belief systems are challenged and replaced instead with objective, realistic, and empowering messaging. CBT helps clients foster growth and create goals for themselves that lead them to a higher level of self-efficacy. 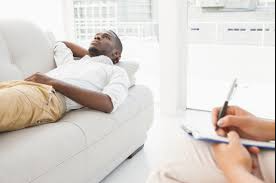 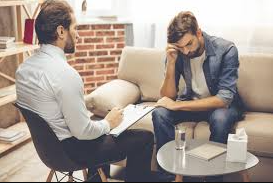 The philosophy of CBT works based on the understanding that the way we think and the lens through which we see the world and how we interpret events affect how we behave and feel. This kind of therapy takes a hands-on approach and needs the client’s active involvement and engagement to succeed. In CBT therapy, an individual focuses on present-day challenges, thought, and behaviors while learning new coping skills and tools in real-time to practice and apply in daily life.

What will CBT Do?

CBT is often utilized in treatment programs designed to help you meet your mental health goals and overcome substance abuse. CBT can be beneficial in outpatient treatment or sober living environments and a more intensive setting. CBT results in helping the client in the following areas.

What Does CBT Treat?

CBT therapy can help treat and assist in the recovery of the following conditions.

Bipolar Disorder: is a mental health condition characterized by extreme mood swings that include emotional highs (mania or hypomania) and lows (depression).

Borderline Personality Disorder (BPD): is characterized by having extreme difficulty with emotional regulation. People with borderline personality disorder experience intense emotions for extended periods and struggle with bringing themselves back to a place of baseline stability after emotionally triggering events.

Obsessive-Compulsive Disorder: Characterized by having unwanted obsessions and compulsions. Obsessions are unwelcome thought image urges and doubts that repeatedly appear in the means. Compulsions are repetitive activities that one does to reduce the anxiety caused by the obsession.

Phobias: demonstrated by a debilitating fear of a particular object, citation, animal, or people. People struggling with specific phobias go out of their way to avoid their particular fear even when it negatively interferes with their ability to maintain and function successfully in everyday life. Some of the most common phobias include fear of enclosed spaces (claustrophobia), fear of heights (aviophobia), and fear of people (agoraphobia).

Psychosis: When an individual perceives or interprets reality in a very different way from people around you. Can include hallucinations, delusions, and disorganized thinking and speech.

Schizophrenia: a long-term mental disorder involving a breakdown in the relation between thought, emotion, and behavior leading to lack of clear judgment, inappropriate actions, and feeling, delusion, and mental fragmentation

Drug and Alcohol Addiction: An addiction is a chronic dysfunction of the brain’s reward system resulting in the obsessive pursuit of pleasure-seeking behaviors that are often destructive to the individual’s wellbeing. Addiction can involve alcohol, illicit drugs, other substances, or behaviors such as self-harm or gambling. Addiction can lead to serious health problems and negative consequences like bankruptcy.

At Warner Park Recovery, our only priority is you. If you or a loved one is struggling with mental health, substance abuse, or an eating disorder, our services could help in getting you back on track. We will create an individualized treatment plan that works for your needs, your schedule and supports you in living your fullest and most authentic life. We offer outpatient mental health and addiction treatment to both men and women in need of services. Our team is a group of specialized professionals who have been doing this work together for over ten years. We know how hard it can be to take the next step in getting help, but we are here for you once you are ready. Call our admissions line today to see if Warner Park Recovery is the place for you.