If you or a loved one is seeking addiction treatment options, you have likely heard of 12 step programming or Alcoholics Anonymous. Twelve Step programs are a commonly and widely used treatment modality for various addiction and behavioral health issues.  According to the Substance Abuse and Mental Health Services Administration (SAMHSA), 12 step models are included in some part of the program of approximately 74% of treatment centers nation-wide. Due to the principle of anonymity that many members of 12 step programs adhere to, it can be a struggle to gain information on what 12 step programming is and how it may work for you. The following article is intended to provide you with the facts of 12 step programming and debunk any myths you may have heard along the way.

What is 12 Step Programming? 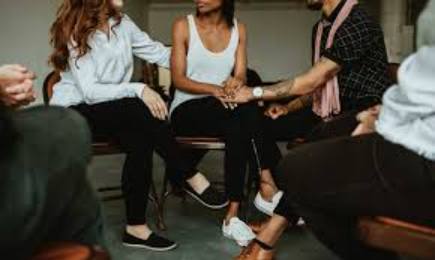 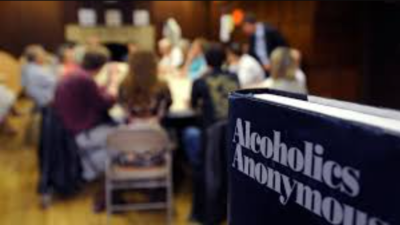 12 Step programming originated in 1938 when founder Bill Wilson developed the model for the group Alcoholics Anonymous. Bill Wilson wrote out and developed a design for living and a plan of action to help others be able to live a healthy sober life ; after experiencing his own battles with alcohol addiction. The 12 steps and other teachings of Alcoholics Anonymous are compiled in what has become known as the Big Book. The book is referenced and studied within 12 step communities as its teachings are a combination of concepts from other spiritual and religious teachings.

The basic concept of the 12 step model is that individuals can help one another maintain and achieve abstinence from substances and behaviors they are addicted to. They can do this by being a part of meetings and sharing their experience, strength and hope to receive and give support to one another in the goal of maintaining abstinence. Abstinence practices can account for high levels of increased positive change in mental health and long term recovery.

According to a study done by the journal Addiction Research and Theory, out of those who maintained abstinence after 3 months, 40.7% reported increase in health and out of those who maintained abstinence for 12 months, 40% reported increase in optimal health. Based on this study it is known that those who abstain from substances- as advised in the 12 step model, have better mental health outcomes than those who do not. The 12 step model gives individuals a framework to surrender their addiction or problem behaviors, process their experiences, and move forward into new patterns using new coping skills and tools. 12 step programming exercises the importance of community and fellowship encouraging its members to stay connected, build new relationships with others in sobriety, and participate in being of services to others and the community. Alcoholics Anonymous is not allied with any religion, organization, sect, politics ,denomination ,or institution and is a community based program that is open to all individuals seeking healing from substance abuse issues. There are no dues or fees to become an AA member and organized meetings and events are run by volunteers.

What are the 12 Steps, and What Are They For?

We admitted we were powerless over alcohol – that our lives had become unmanageable.

Came to believe that a Power greater than ourselves could restore us to sanity.

Made a decision to turn our will and our lives over to the care of God as we understood Him.

Made a searching and fearless moral inventory of ourselves.

Were entirely ready to have God remove all these defects of character.

Were entirely ready to have God remove all these defects of character.

Humbly asked Him to remove our shortcomings.

Made a list of all persons we had harmed, and became willing to make amends to them all.

Made direct amends to such people wherever possible, except when to do so would injure them or others.

Continued to take personal inventory and when we were wrong promptly admitted it.

Sought through prayer and meditation to improve our conscious contact with God as we understood Him, praying only for knowledge of His Will for us and the power to carry that out.

Having had a spiritual awakening as the result of these steps, we tried to carry this message to alcoholics, and to practice these principles in all our affairs.

The 12 steps are outlined to encourage individuals to embrace and utilize spiritual principles such as: honesty. faith, surrender, soul searching, integrity, acceptance, humility, willingness, forgiveness, and service. Through surrendering to the fact that addiction exists and has negatively impacted an individual’s life, 12 step programs utilize self observation and awareness to give individuals the tools to practice self restraint and build self esteem in their own capabilities. 12 step programming fosters compassion for those who have been affected by addiction and aims to help people engage in a continual practice to grow and and overcome addiction

Other Options not Related to AA

Since its initial inception with the formation of the community groups and meetings of Alcoholics Anonymous, the 12 step model has been adopted and synthesized by other groups to meet different needs. Many groups such as Narcotics Anonymous use the exact same steps as conceived by AA; whereas other groups such as Wellbriety operate around the ideals and practices of Native American culture to specifically help native and indigeounous peoples in recovery. Other 12 step meeting groups are as follows

Celebrate Recovery: a Christian and Bible Based framework

Women For Sobriety: A Women’s only support System

The Alcoholics Anonymous Big Book states members have a 50% success rate with 25% of members having success after some relapses. However,  because many members participating in 12 step programming choose to remain anonymous there is not enough impartial data to measure those rates.

According to the American Society of Addiction Medicine (ASAM), approximately 10% of people who participate in a 12 step program enjoy long term success in their recovery. ASAM also reports that there is a 40% drop out rate during the first year of participation. In 2014 Alcoholics Anonymous reported that 27% of its members were sober for less than a year, 24% retained their sobriety for up to 5 years, 13% lasted over 10 years, 22% report remaining sober for more than 2 decades.

Your Recovery, Your Choice

The journey of recovery is personal and can look different for everyone. If you or a loved one has decided to reach out and get help for an addiction problem, it is important to stay open minded to all of the possibilities and routes of healing that may work for you. Nobody can force you to live a life of recovery a certain way. The point is to return to the best version of you. Getting treatment and help to revitalize your mental, physical and spiritual health is vital in having long term positive results after seeking healing from chemical dependency.

If you or a loved one is searching for direction, reach out to Warner Park Recovery and one of our Addiction Specialists can help guide you to the resources and help you are looking for today.